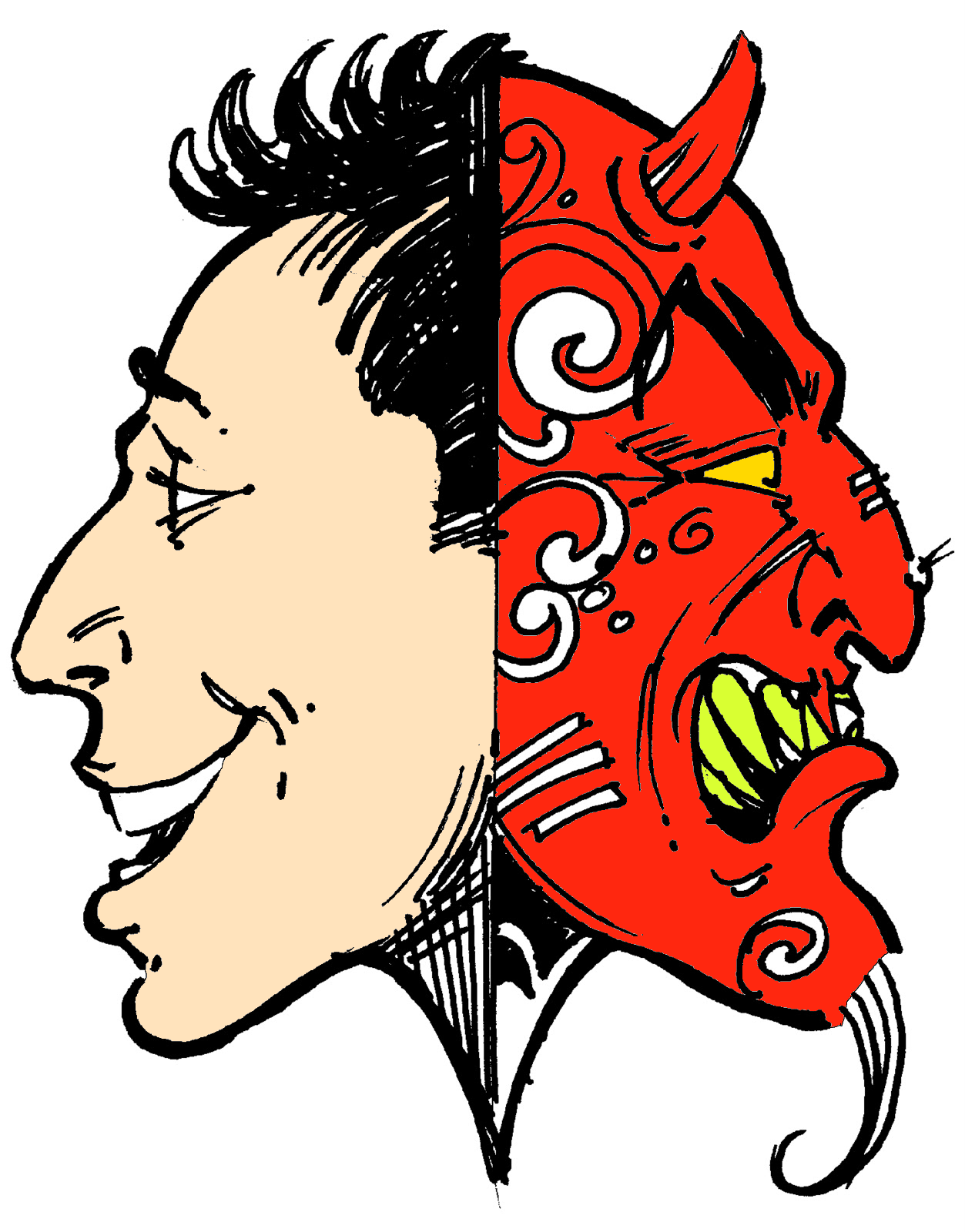 As many of you already know, the Centers for Medicare & Medicaid Services (CMS) has established new policies that will be implemented January 1, 2019 around opioid prescribing. They call this their “three-pronged approach to combating the opioid epidemic” and it includes the following:

The imperceptiveness of “…strengthen and broaden our partnership with providers” is uncanny to say the least.  More likely than not, this new policy will drive a wedge between dispensing pharmacists and prescribing clinicians with the heart of long-term opioid patients square in the middle of a sharp blade.

According to their Prescriber’s Guide to the New Medicare Part D Opioid Overutilization Policies for 2019, available HERE, through their “2019 Medicare Part D opioid overutilization initiatives, CMS seeks to strengthen and broaden our partnership with providers to address the opioid crisis.”

With clearly diminished opioid prescribing and dose reduction in almost every state, we’ve seen consistent rises in opioid deaths; some by suicide of suffering patients; some from legitimate patients seeking illicit opioids because they are unable to obtain them from their medical provider; and some from addicts who are overdosing on heroin laced with fentanyl analogues (not to be confused with pharmaceutical fentanyl).

To review, here’s what the new policies will require, copied directly from the above link…

7-day supply limit for opioid naïve patients: Part D plans are expected to implement a hard safety edit to limit initial dispensing to a supply of 7 days or less. A hard safety edit stops the pharmacy from processing a prescription until an override is entered or authorized by the plan.

CMS’ goal with this policy is to reduce the potential for chronic opioid misuse through closer management of opioid naïve patients. Clinical evidence cited by the Centers for Disease Control and Prevention (CDC) found that opioid use for acute pain is associated with long-term opioid use and that a greater amount of early opioid exposure is associated with greater risk for long-term use. Recommendation 6 of the CDC Guideline states that opioids prescribed for acute pain should be limited to 3 days or fewer, and that more than a 7-day supply is rarely necessary. Limiting the amount dispensed with the first opioid prescription may reduce the risk of patients developing a future dependency or overuse of these drugs.

A pharmacist can dispense partial quantities of an opioid prescription consistent with state and federal regulations. However, if a prescriber believes that an opioid naïve patient will need more than a 7-day supply initially, the provider can proactively request a coverage determination on behalf of the patient attesting to the medical need for a supply greater than 7 days. Additionally, if a provider assesses upon re-evaluation that a patient will need additional opioid therapy, subsequent prescriptions will not be subject to the 7-day supply limit, as the patient will no longer be considered opioid naive.

This safety alert includes a 90 MME threshold for identifying potentially high risk patients who may benefit from closer monitoring and care coordination. 90 MME is cited in the CDC Guideline as the level above which prescribers should generally avoid. This is not a prescribing limit. In reviewing the alert, the pharmacist may need to consult with the prescriber to confirm medical need for the higher MME. The pharmacist can then indicate that the prescriber was consulted so the prescription claim can pay.

The care coordination safety alert is a proactive step to give prescribers more information, and if warranted, to encourage prescribers to emphasize opioid overdose risk and prevention with their patients, especially if the patient is receiving prescription opioids from multiple prescribers or pharmacies.

Will the pharmacy call the provider every time a patient has an opioid prescription that reaches or exceeds 90 MME for the care coordination safety alert?

There are of course many issues here. The statement “For example, Part D plans also have the option to set an additional alert that stops a prescription from being filled…” concerns me because I believe that insurance providers that partner with Medicare will exercise carte blanche and treat this as an avenue to halt coverage on any opioids more expensive than the more abusable generics; I suspect they will attempt to limit payment for or require higher copays for many of the extended release opioids, abuse deterrent formulations, buprenorphine, and tapentadol. Pharma will likely respond with direct to patient discount cards, and will be forced to deal with the devil, PBMs to gain favor for coverage.

Prescribers and pharmacists will likely not have the time to duck patient care responsibilities to make these calls to each other, and if they try, experience tells me it will be a game of telephone tag. Both pharmacists and prescribers will likely avoid prior authorizations at all costs which will result in drastically lowered opioid dosing and rapid tapering, as covered in a previous blog, If You are Forced to Stop Opioids. Regarding the 7-day limitation, I believe that, in many cases, by the time a prior authorization is approved for opioids beyond the 7-day limit, the acute pain phase will likely have passed, unless CMS mandates that their private sector contracted insurance providers have a quick turnaround with implemented penalties to the insurers – don’t hold your breath.

CMS should mandate that insurance carriers not disincentivize (by requiring higher copays) or reject buprenrophine (Belbuca and Butrans) in favor of any full agonist opioid for new patients just because of cost. I have seen many insurance companies deny these in lieu of full agonist opioids (including morphine, methadone, fentanyl transdermal, and others). Where’s the forthright safety concern there?

In fact, a previous blog, Insurance Companies, Learned Helplessness, and Opioid Deaths, outlined one example of a real case where tramadol ER was rejected in favor of first failing methadone, morphine ER, or Oxycodone ER. I wonder if failing these drugs includes death.

Since CMS refers to the CDC Guidelines as a gospel of sorts, they should also require that tapentadol (Nucynta) be a formulary item and prescribed in advance of traditional full agonist opioids, at least for chronic pain. In fact, the CDC’s CALCULATING TOTAL DAILY DOSE OF OPIOIDS FOR SAFER DOSAGE makes no mention of an MME for either buprenorphine or tapentadol, and for good reason… There isn’t one. For more info on that, see Academy of Integrative Pain Medicine’s White Paper, Opioid Dosing Policy: Pharmacological Considerations Regarding Equianalgesic Dosing which clearly delineates the fallacy of morphine daily equivalents, especially with buprenorphine and tapentadol.

If all other non-opioid options and non-medication alternatives have been exhausted, and a careful, rational decision has been made to begin opioids following risk stratification, my recommendation to providers that want to stay off the CMS morphine milligram equivalent (MME) radar for new patients requiring long-term opioid therapy is to start with buprenorphine first because it has a ceiling effect on CO2 accumulation. It also disallows full agonist opioids to hog up mu-receptors, and once buprenorphine occupies those receptors, it is difficult for the full agonist to find an unoccupied mu-opioid receptor. Buprenorphine in that regard is like a game of musical chairs, where all chairs (aka mu-receptors) are occupied by buprenorphine, and the person that gets bumped when the music stops is the full agonist opioid. For this reason, buprenorphine overtakes the receptors but can still offer analgesia similar to or better than the full agonists being displaced. Next choice is tapentadol because the dual mechanism offers excellent analgesia at a finite dose with reduced toxicity.  Only after these should a traditional full agonist opioid ever be considered, and if CMS is really concerned about misuse, an abuse deterrent formulation should be favored – this won’t happen if CMS allows their contracted providers to implement their own rules, as is this case now. Afterall, the new CMS policy upfront and center sates, as seen in #1 above, “prevention of new cases of opioid use disorder (OUD)”. Assuming that CMS is actually troubled about safety, they should include this as part of their policy. Moreover, in terms of safety, the CDC Guidelines encourage the use of in-home naloxone, especially when titrating or converting from one or more opioids to another.  Where is the CMS recommendation of a requirement to provide, train, and pay for FDA approved in-home naloxone?  Surely if they are mostly concerned about safety over cost, this should be included in the new policy, right?

I am fervently in favor of opioid policies that are evidence-based and will transparently improve safety. I believe that the new CMS policy, while presumably well-intended, will make the opioid crisis worse both in terms of opioid-related deaths (legal and illicit) and for patients that truly require long-term opioid therapy that will end up bedridden, depressed, and suicidal.

I usually would close this by wishing all of you a Healthy and Happy New Year, and although I do wish this for all our readers, good luck with that!

As always, comments are welcome!

This site uses Akismet to reduce spam. Learn how your comment data is processed.