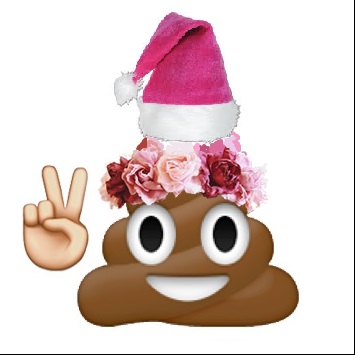 Recently Drs. C. Kominek and J. Fudin (pharmacists) teamed up with their medical colleagues Drs. J Gudin and A. Laitman to write a review for Practical Pain Management on novel and emerging therapies for the treatment of opioid-induced constipation, including the newest class known as PAMORAs.  Dr. Kominek was kind enough to prepare a short blog review on the topic to move our blog followers.  Although this piece is short, it’s quite impactful, so pull up a stool and enjoy her summary.

Dr. Kominek had this to say…

Most commonly, opioids operate as opioid-receptor agonists. Examples of opioid agonists include morphine, oxycodone, hydrocodone, hydromorphone, fentanyl, methadone, heroin (diacetyl-morphine).  The ceiling dose with careful titration and slow escalation over time, is theoretically limited only by side effects, or development of hyperalgesia.  Mixed agonist/antagonists are also available, such as pentazocine and butorphanol, which activate some receptors while antagonizing others. This class does have an analgesic ceiling effect and my lead to withdrawal symptoms. Buprenorphine, a partial agonist/antagonist, and like the mixed agonists/antagonists has an analgesic ceiling effect. Opioid receptor antagonists such as naloxone are employed in opioid overdose situations to reverse respiratory depression. Interestingly, Purdue Pharma recently released Targiniq ER which is a combination product containing oxycodone and naloxone together in an extended release formulation – while little mention has been made of it, intuitively this product would result in less constipation, as a continuous release formulation of naloxone should block opioid receptors in the gut.  In fact, a “prolonged release” formulation of naloxone is currently in clinical trials.

Peripherally acting mu-opioid receptor antagonists (PAMORAs) are a relatively new class of medications that work to block opioid effects on the GI tract that lead to constipation. The first medication in this class of medication was almivopan; however, this medication was not labeled for the management of opioid-induced constipation but for speeding gastrointestinal (GI) recovery following certain types of bowel surgery. Some data has shown that the use of almivopan increased the risk for myocardial infarction. The next PAMORA on the market was methylnaltrexone. Initially, this medication was only indicated for use in palliative care patients experiencing constipation not relieved by laxative therapy. One downside of this medication is that it requires subcutaneously administration and dosing is dependent on indication as well as weight. Recently, the Food and Drug Administration (FDA) approved naloxegol, an oral PAMORA, for opioid-induced constipation in patients with chronic non-cancer pain. For more information on opioid-induced constipation and PAMORA, see Combating Opioid-Induced Constipation: New and Emerging Therapies [Gudin J, Laitman A, Fudin J, Kominek C. Practical Pain Management. 2014 Nov/Dec; 14(10):41-48].
(For PDF version, contact Dr. Jeffrey Fudin)

As always, comments are welcome!

10 thoughts on “Overview and Novel Therapies for Opioid-induced Constipation”

This site uses Akismet to reduce spam. Learn how your comment data is processed.